Showing posts from July, 2017
Show All

Want to get ahead in CS? Google has a guide for you 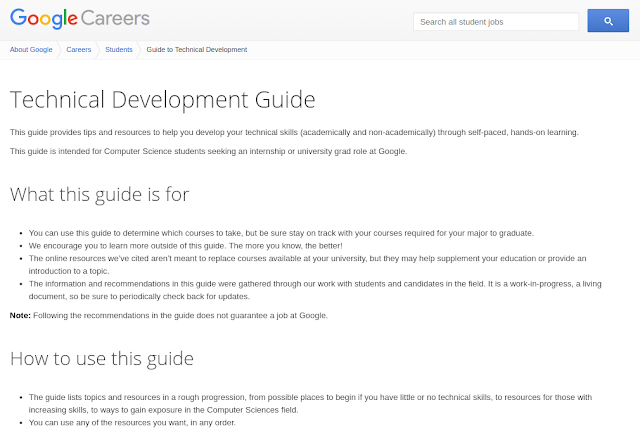 Google's guide to technical development will give you pointers as to what to study outside of your GCSE, A-Level or University course to give you an edge when it comes to applying for jobs in the technology industry.
In this article I'll look over the recommendations made to students in Google's guide to technical development and how they might apply to a student following a GCSE -> A-Level -> University progression route in the UK. I'll assume that your taking GCSE, A-Level and University CS. Advice my differ if you, for instance, didn't have the opportunity to take A-Level CS.

Intro to CS Google's first recommendation is that you take an introduction to CS course. The content of the Udacity course that they link to will be covered in one way or another in your GCSE, A-Level and Unviersity courses. However taking their suggested Udacity course might not be a bad idea if you either want to get ahead in your studies or want to brush up on the basics for a…
Post a Comment
Read more

From Win10 to Ubuntu on my gaming PC 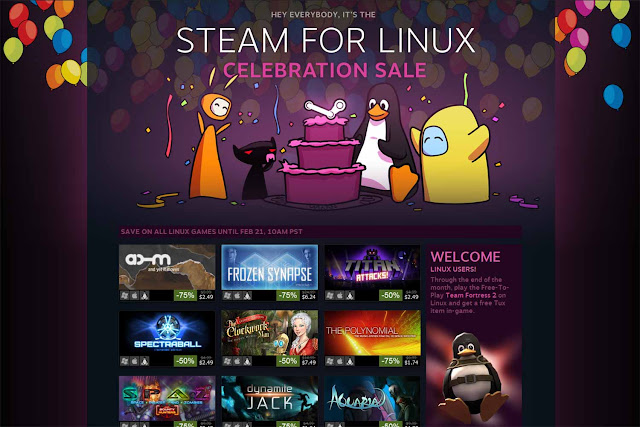 My desktop PC ran Windows 10 up until 2/7/17 whereas my laptop runs Linux Mint Cinnamon Edition. Recently though it's finally felt possible to move my desktop PC over to Linux, this post details why and how I did it.
Why move to Linux? I've wanted to move my main desktop PC to a Linux based OS for some time now. Windows is frustrating to use because of issues that many users complain about:
PrivacyUpdatesPerformance to name just a few. Also, because I do a lot of programming, Linux provides a near friction-less platform to get this kind of work done.
The main thing holding me back from making the switch was the lack of support for popular games on Linux. However, in the past few years the situation has improved massively, thanks in part to Valve putting a lot of effort into making their own games available for Linux, basing SteamOS on Debian and celebrating games that have Linux versions available.